iNET provides the best desktops and laptop HTPCs in greater Milwaukee. We provide the processor, connectivity, and storage to hold and play your whole collection in high quality. Our Waukesha tech experts can assemble a complete home theater system or a high-quality movie laptop, all at prices no competitor can beat. Contact us today or check below to learn more. 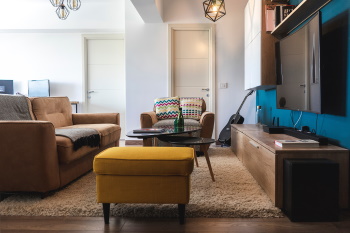 A good laptop or conventional desktop with the right accessories can serve as the heart of a home theater system, but a dedicated Home Theater Personal Computer (HTPC) has many advantages. HTPCs are increasingly popular due to their small size, quietness, and video quality. An affordable HTPC offers a better viewing experience and can be upgraded to keep apace with the latest technology for years to come.

At iNET-PC in Waukesha, we offer HTPCs customized to your needs. We can build a powerful machine with a fast internet connection to stream content from Netflix, HULU, and Amazon Prime Video. We can also custom build a sleek and modern HTPC that can store dozens of high-quality 4K movies, play Blu-ray discs and DVDs, or play online games from your Steam account. Every iNET HTPC will include only the parts and features you want, to minimize cost, and will be backed by the state’s best PC warranty. Contact us to discuss how you like to watch today.

There are plenty of small, inexpensive streaming devices that can connect to your TV’s HDMI ports such as ROKU, Apple TV, and Chrome Cast. Though they market themselves as sleek and modern, these microconsoles lack even the functionality of an outdated PC. A modern HTPC will have a remote control with full functionality and will be compatible with any streaming service, something no microconsole has. INET HTPCs can also include full internet browsing capabilities, an ethernet port for maximum streaming speed, and substantial internal movie storage. You won’t have to jump through Apple’s hoops or stick to Google’s approved streaming services with an iNET PC, and iNET’s tech experts will build your machine to be just as quiet, nearly as small, and much better-looking (in our humble opinion) than any microconsole.

A quiet, low-profile HTPC from iNET may include:

A high-power HTPC with extensive memory may have:

A home theater PC from iNET will give you the best viewing quality for your money. If you need a high-speed connection for streaming, you’ll get it. We offer Blu-ray players and terabyte data storage for your movie collection and can include the software to make your HTPC double as a gaming platform or a work PC. No matter what model of TV you have, iNET will make sure your PC connects to it effortlessly in the highest resolution possible.

Home Theater Laptops: The Big Screen and the Small

iNET carries Lenovo laptops which can be configured to run a home theater system and play movies on the go. Though they’re often not as cost-efficient as a custom-built HTPC, our movie laptops will still let you see your favorite shows or movies in full resolution and without lag. We’ll help you pick out a model with superior speakers for sound quality and a long-lasting battery. We may recommend an external hard drive to store your collection of movies. With the right laptop and a few pocket-sized peripherals, you can enjoy your shows in theater quality on the plane, during unexpected power outages, or far from home. 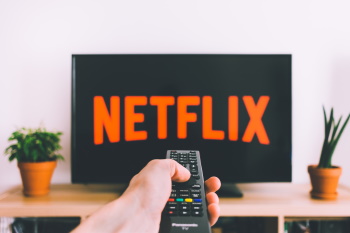 Contact the custom computer experts at iNET PC to get the best price in Milwaukee on an HTPC.