Best Budget PCs for Under $1000 in Milwaukee

Not every computer needs to be a behemoth with the processing power to do thirty things at once. iNET-PC builds efficient and reliable business and gaming PCs for under $1000. By using high-power parts where you need it and standard components where you don't, we can build a custom computer for your budget. Contact iNET for Milwaukee's best budget PCs. 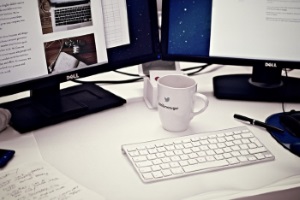 We all want a beefed up PC with lightning fast loading times, but not everyone has thousands of dollars to blow on a custom PC. For under $1000, you can have everything you need without burning through your wallet. The PCs iNET builds are faster and more powerful than anything offered at similar price by other computer companies. iNET’s PC professionals have a long list of satisfied customers who now use some of the best custom-built computers in Wisconsin.

Prebuilt PCs are overpriced. Our techs will choose computer parts based on what you’ll be using your PC for. Depending on the processing being done, different parts need to be prioritized:

Less important components can be standard, while the parts crucial to your needs can be upgraded.

Gaming shouldn’t drive you to bankruptcy. iNET builds affordably priced gaming PCs that can handle the latest games while providing HD quality. If you’re saving up for a higher performance rig, a budget PC is still a great way to start. Our techs build our computers to be fully upgradable.

When it comes to gaming PCs, a large chunk of the budget – often almost half – will go towards the graphics card. The computer case, storage, memory and power supply typically don’t have much of an impact on gaming performance. Skimping out on these components is what allows you to save money.

If you decide to invest more into your PC down the road, the graphics card can easily be upgraded.

Why iNET Computers are Better

Contact the custom computer expertsat iNET for a quality PC on a budget.