iNET-PC installs all of the hardware and software required on your business IT network. Whether as part of a larger network build or an independent service, we can install programs such as Microsoft Office, provide desktops and laptops, or replace routers and other network hardware. iNET takes the hassle out of managed IT, improving the economy one business at a time. Stop by our store, call 262-574-9400, or contact iNET online to improve your network.

Personalized IT Support for Businesses of All Sizes

When iNET-PC configures and sets up your network, you can be confident you'll have the hardware and the software your business needs to thrive. After getting an understanding of your needs, we choose the best email, data sharing, security and data backup technologies for your server. We'll even train your staff on the new software and system. We're here for you after the initial buildout, too. Need a computer set up for a new employee? We're on it. Need email configuration on your employees' Smartphones? Consider it done.

iNET-PC offers comprehensive IT support for Milwaukee area small businesses. That includes downloading, testing, and updating your business’s software. iNET-PC offers software installation services as part of our comprehensive network set-ups and as an independent option.

iNET-PC installs our preferred network security software and Microsoft Office for Home and Business with a typical business network set-up. iNET will also download and test specific software at your request. Simply give us the name of the application and a disc or key and iNET’s technicians will handle installing and testing it on your new network. If you later have any issues, our Milwaukee tech experts will be with you in two rings of the phone. If we can't troubleshoot your issue over the phone, we'll follow up with either remote access computer repair or on-site software repair. iNET knows your business software is essential for your productivity, and we'll keep it performing its best.

Microsoft Office has been the world’s number one productivity suite for over two decades, and iNET has been installing Office for Milwaukee-area businesses for nearly as long. Office for Home and Business is our most common recommendation for Milwaukee-area small businesses. It includes Microsoft Word, Excel, PowerPoint, OneNote, and Outlook, the core products that make everyday business writing and planning a breeze. Based on your needs, we may also install: 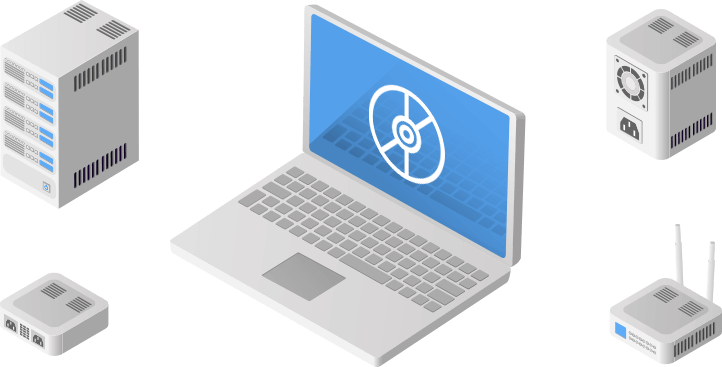 iNET-PC offers complete business IT network builds for Milwaukee area entrepreneurs. We include all the hardware you need and install and test your preferred business software. When we're finished with your network, we'll train you and your employees to ensure you can get back to work quickly and make the most of any new technology in your system.

In addition to custom server builds, iNET carries routers, network switches, modems and internet gateways for both office and home use. We sell the same high-quality hardware we use for our custom network builds. If we don't have the equipment you need, we'll order it.

Contact iNET PC to learn more about Microsoft Office or to request a quote.