No computer disaster is quite as scary as a hard drive crash. It’s bad enough when it’s a personal computer. The loss of years of family photographs and personal documents is devastating. Business computer crashes are even worse. Losing irreplaceable financial records and work documents might cost you your livelihood.

Fortunately, iNET-PC has your back. We have years of experience recovering data from failed hard drives. If you ever find you can’t access crucial data, bring your PC to our computer repair center at 1430 East Moreland Boulevard and let our technicians take a look. Odds are we’ll be able to salvage everything on your hard drive.

All came to iNET in a panic. All had their data recovered and transferred to a new hard drive.

Hardly a week goes by at iNET without a frantic call from someone whose computer has crashed. It’s bad enough when it’s someone’s personal computer. The loss of family photographs and personal documents is devastating. When it’s a business computer, it’s even worse. Losing all your records and documents—especially when your livelihood is at stake—is enough to make anyone panic.

Fortunately, our Waukesha computer technicians have extensive experience recovering data from failed hard drives. Utilizing an arsenal of sophisticated data recovery software, years of experience diagnosing computer glitches, and a healthy dose of out of the box thinking, iNET technicians work around seemingly impossible problems on a daily basis.

What to Do if Your Hard Drive Fails

If your computer displays only the Blue Screen of Death or you can’t access an external hard drive, the first thing to do is to minimize the risk of further damage to your data. Turn off your computer or disconnect the external drive so it isn’t running. This will prevent data from being overwritten or mechanical issues from being exacerbated.

Our Waukesha computer repair shop has the software and technicians to handle most hard drive recoveries. We’ll help you carry your PC from your car and get to work. INET also makes on-site business calls if a large server or network needs data recovery. 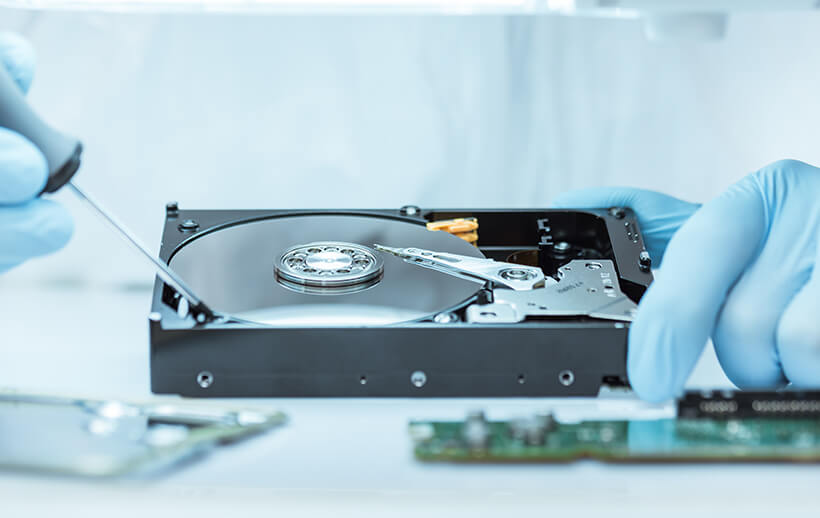 Despite iNET’s high success rate, it’s much better to never need hard drive recovery services in the first place. An effective data backup keeps your data safe even if your hard drive is destroyed. INET has the hardware to make data backups simple and effortless. For home computers, we can configure an external hard drive or cloud backup service to automatically update your data. For businesses, iNET recommends ioSafe disaster-proof server backups.

INET also offers a variety of other computer repair and IT support options to help Milwaukee area users avoid computer failure. No matter what your PC issue is, iNET will be working to solve it within two rings of the phone.

Contact iNET PC to learn more about our data recovery services, or to request a quote.