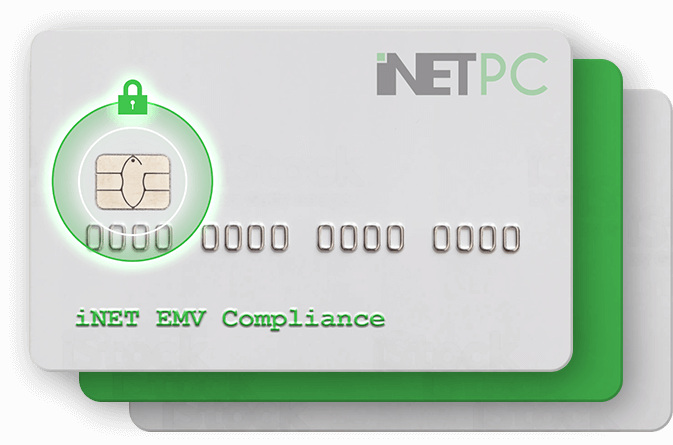 Credit card fraud caused an estimated $16.8 billion dollars in losses across the United States in 2017—and the dollar figures continue to rise.

In an effort to clamp down on credit card fraud, three credit card companies joined forces and developed a more secure credit card protocol, known as the EMV (for Europay®, MasterCard®, and Visa®). EMV credit cards use an embedded chip to make transactions more secure for consumers and businesses.

Merchants in the U.S. were advised to become EMV-compliant by October 1 of 2015. Many Wisconsin businesses were unable to make the switch to EMV point-of-sale terminals due to the costs associated with the new hardware and software systems. Unfortunately, not being compliant now leaves your company financially liable for fraudulent transactions and chargebacks. Many small businesses are facing steep financial repercussions for not adapting their POS systems.

If fraud occurs at your business, it won’t be long until you receive a bank notice holding you accountable for losses. Payment card companies have repeatedly shown no mercy to businesses that failed to become EMV compliant. By adapting your point-of-sale system now, you’ll save yourself a lot of time and money later.

Contact iNET-PC tech support in Waukesha for pricing on making your POS system EMV-compliant. We can install the POS systems you need quickly and at a fair price. The sooner you call iNET, the sooner your business will be safe from chargebacks and fraud.

Contact our POS specialists now for EMV-compliant technology installation at your business.